The general feeling about TEC at Haufe

TEC Day is Haufe Group’s large, group-wide, internal technology event held once a year where all DevOps personal and technologists converge on our Freiburg headquarters to learn, network and celebrate what we have accomplished - techonology-wise - over the past year.

This year, we diverged a little bit from hard-core technology presentations and, in the first part of event, examined mindset and culture for the software engineering profession and how that’s evolved at Haufe Group alongside our technology.

But it’s also no wonder - because everyone who contributed to event - from the organizers and speakers to the facility managers and caterers - put in a heck of a lot of work to make TEC Day unfold seamlessly.

Here are the highlights. 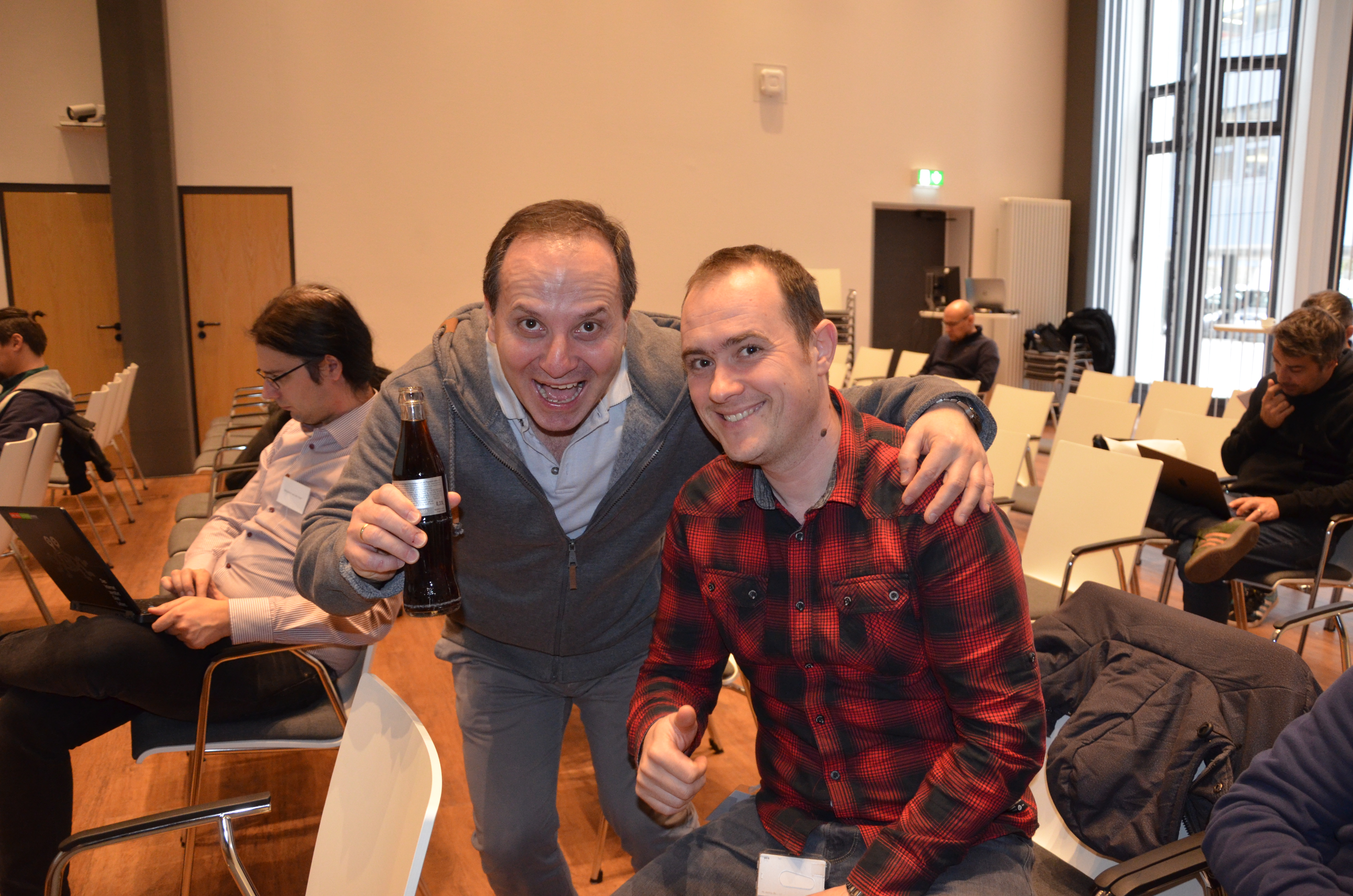 Not only were we supported by two superstars of the computing world - Uwe Friedrichsen and Eberhard Wolff - I also got the impression that there was more of a “looking ahead to the future vibe” to the event this year, and, that the changes we made to the event improved on last year’s TEC Day quite a lot. 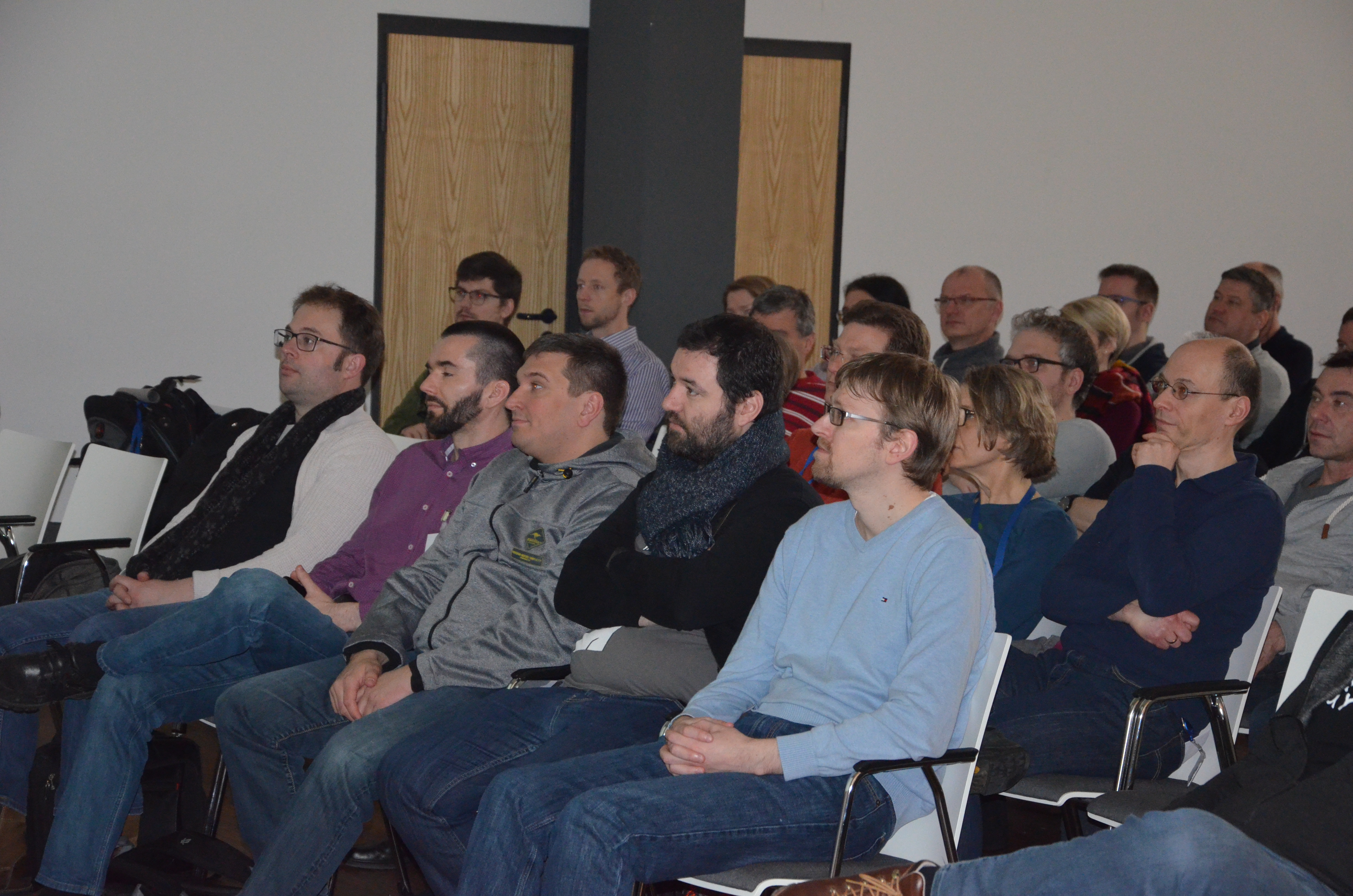 Taking leave and saying welcome at the same time

It was also a day of firsts because we said farewell to our outgoing CTO and welcomed our incoming AT EXACTLY THE SAME TIME. I don’t think that happens at most companies.

It was saddening to see Holger go after three great years of moving Haufe Group software engineering (and the Haufe Group) to the forefront of technology. He left us in a great position, and it was a must to send him off in the right way. At the same time ;), it’s certain that we’re going to keep moving ahead under the leadership of our new CTO, Raul Firu. 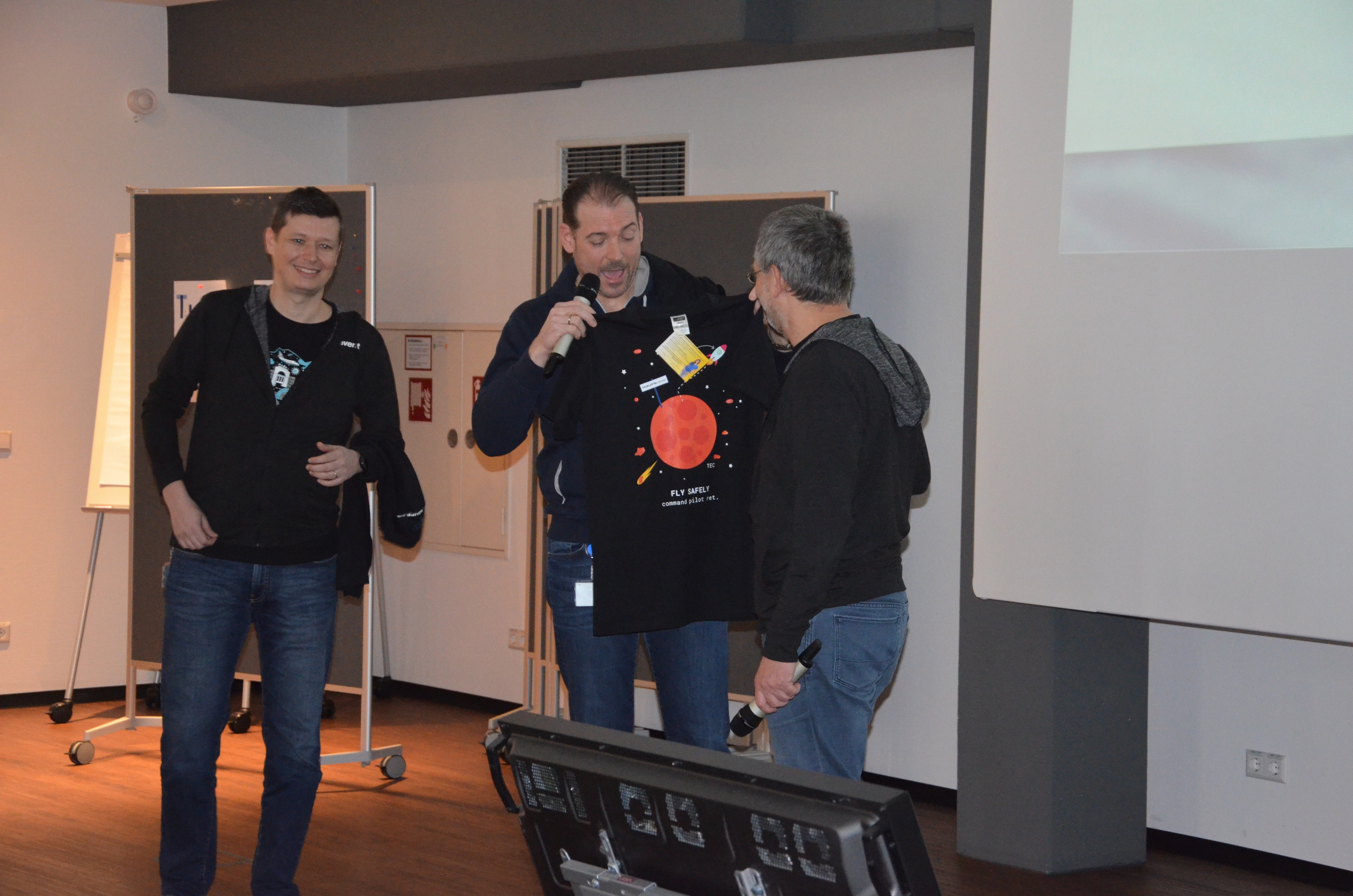 There were lots of focussed talks - Uwe took on predicting where the future computing is going and what that means for developers today. Eberhard W. showed us how we need to look at Microservices and software architecture in general to make our computing systems maintainable. 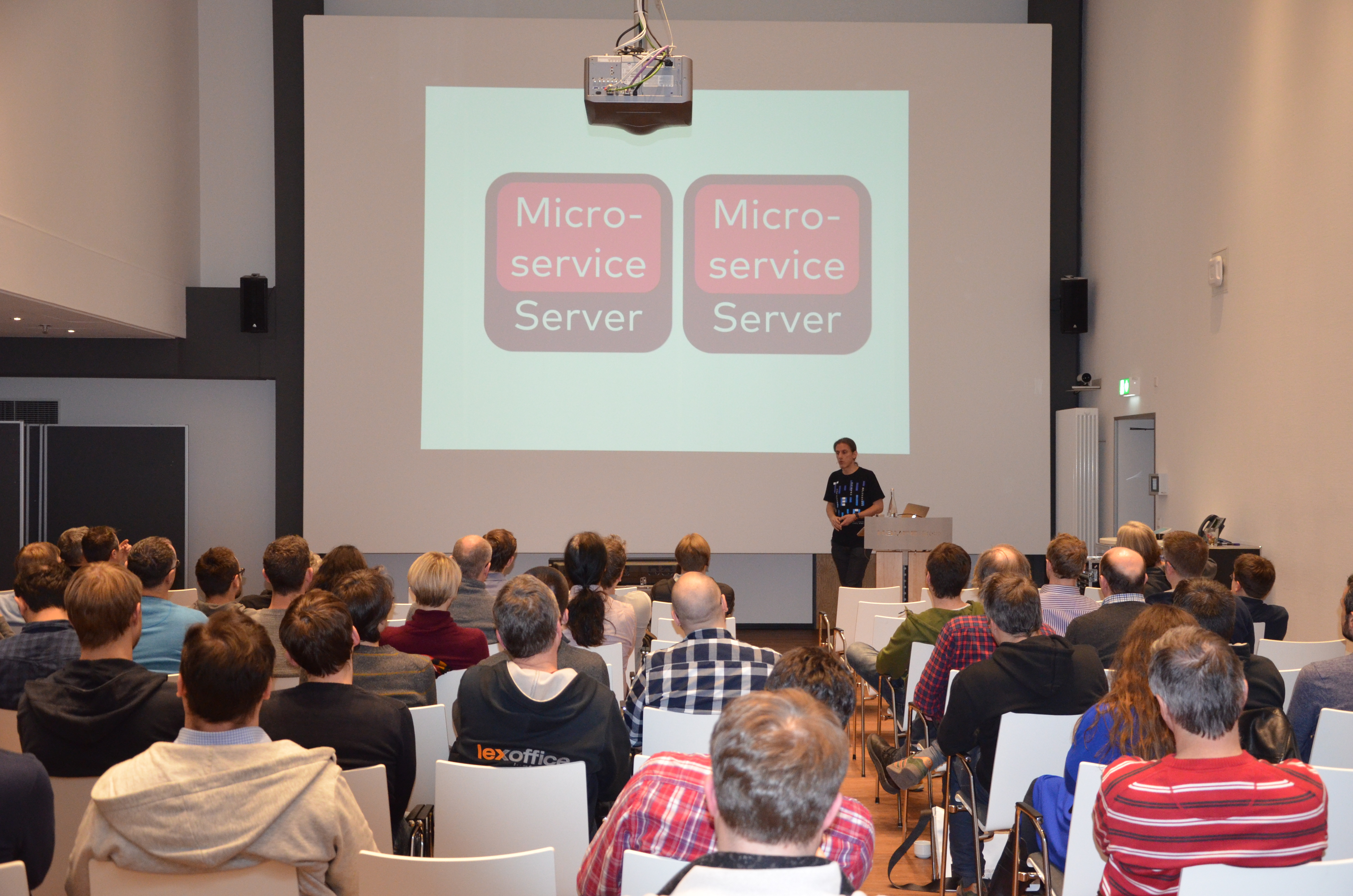 And in between, we held our own talks:

Haufe-Lexware Romania goes Full Stack - Raul Firu and Holger Reinhardt took us through how HLRO has changed over the last one and a half years, what was most difficult about these changes, exposing us to the lessons learned from welding technology, structure and culture together, on the journey to becoming a full-stack, engineering center.

myOnboarding - Karsten Gaebert and Marco Seifried gave a field report of their project myOnboarding. Next to technical insights they stressed that you have to see the product cycle as a whole, across all functions, roles and ultimately people. Only if all of it works together you are truly agile and deliver customer value fast. Constantly reviewing their process, open for change, they are about to enter the pilot customer phase for the myOnboarding product.

Cloud Ready Platform - Semigator told the story of the development team’s (technical) journey, starting from a heavy-weight platform running on an outdated tech-stack, to a cloud-ready application with a process focusing on automation. The talk included a wrap up of the lessons learned on the way as well as a look inside the technologies being used and how the change of technology influenced the structure and the culture in the dev team.

Operating microservices environments - Adina Toma and Martin Danielsson from team Aurora shared their insights from operating the application iDesk2, which runs in Kubernetes on Azure. The talk covered the basics of monitoring and observability, and how the Aurora team uses cloud native technology like Prometheus to get real time statistics and metrics for infrastructure, network and the application itself.

Technology Enables Collaboration - Frederick Hofmann explained how modern design technology has helped to improve quality and speed in collaboration and prototyping between business, design, dev and the customers for the Haufe Group.

Integrating different levels of security scans into CI/CD - Nicholas Dille stepped through the roles that software tools Sonar Cube, Fortify and X-Ray play in ensuring security in the CI / CD pipeline at Haufe.

It spilled over to the Freiburg dev community!

The day was capped off by the Devs meetup where Uwe and Eberhard also joined the meetup, by both holding talks and talking directly with Freiburg devs.

I know that I’m really excited to see how the Freiburg DevOps community is coming together and how it’s grown over the last year and a half. Special thanks to DevsMeetup and to Reservix for providing the venue - Humboldtsaal - and catering!

If you didn’t make it, be sure to check out the talks from both the day and the meet up at http://bit.ly/2rvXHuj.

Great talks, incredible conversations, superlative networking, the t-shirts were the coolest, and lots of food for thought about technology, mindset and culture in the computing profession. Perhaps most importantly, I would say everyone who attended is better prepared to – 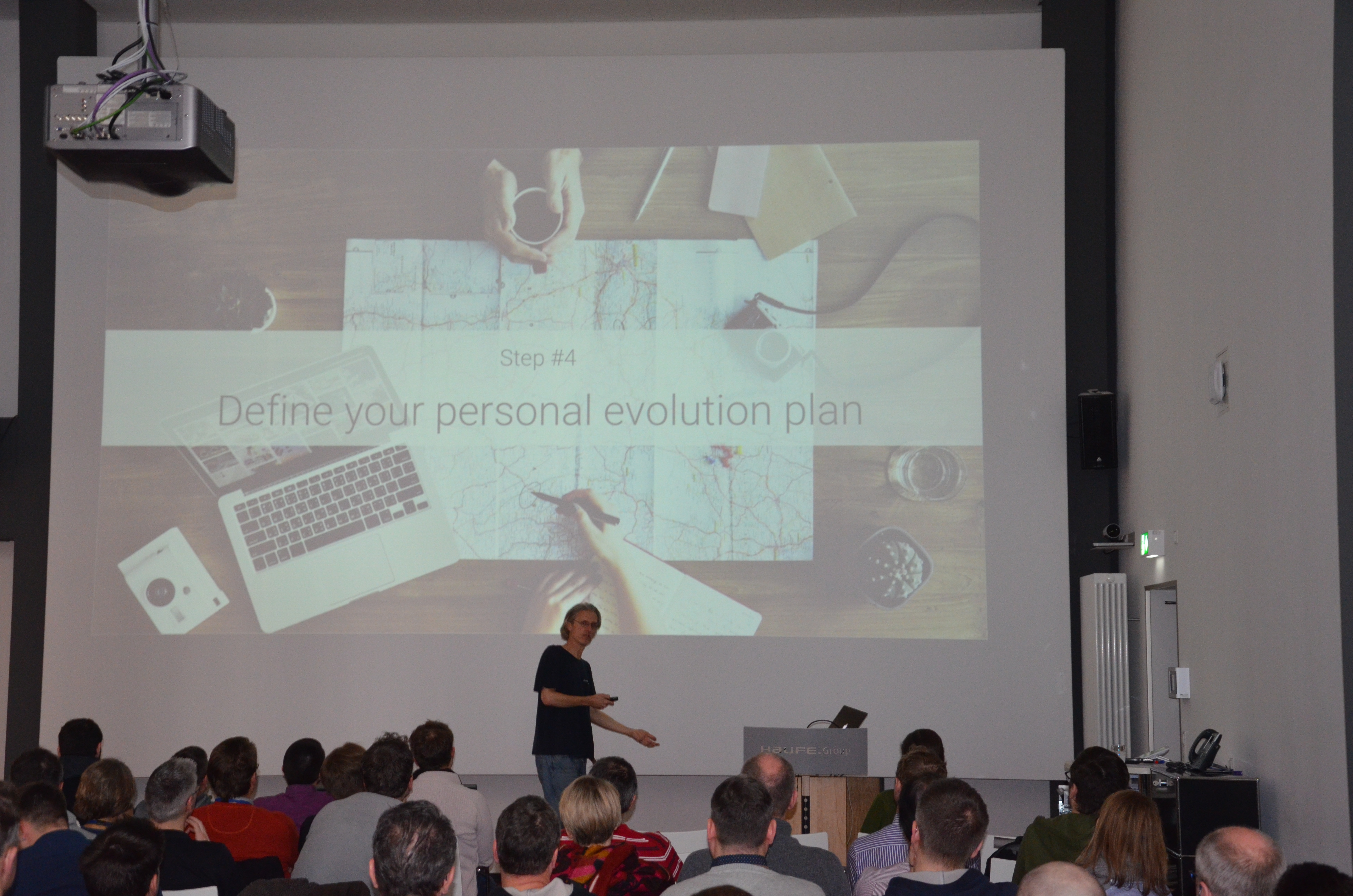 Looking forward to seeing you at TEC Day 2019.