As you will have noticed over the last year or so, we are currently working on making our company composable and flexible, and a main building block of that strategy are APIs as enablers. Tightly connected to APIs are the questions on how to document, promote and publish the APIs using suitable means, such as API Portals.

So, why did we (in parts) roll our own? This blog post will try to shed some additional light on what led to this, in addition to what Holger already wrote about in his blog post on the current state of our API strategy.

What is wicked.haufe.io and what features does it offer?

Wicked is an API Portal/API Management package built around the API Gateway Kong by Mashape. Kong itself is a “headless” component sporting only a REST style interface for configuration. Our API Portal makes using Kong a lot easier (we think), plus that it gives the following features in addition to the API Gateway Kong offers. Our claim is: Wicked Good API Management ;-) 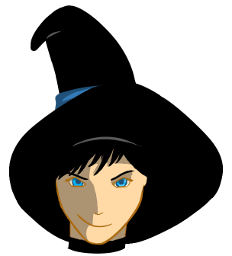 A more extensive list of features can be found here: wicked.haufe.io/features.

To illustrate what Wicked does more in detail, please regard the following picture:

The main use case of the API Portal goes as follows:

The operator of the API and API Gateway can thus be sure that nobody unknown to the API Gateway is able to use the API.

What kinds of problems does Wicked solve?

The most compelling “feature” of wicked though is not what the software can do, but rather how it can be deployed. With most other API Management Solutions we struggled to get them fit inside our Tech Strategy, mostly regarding the following topics we regard very important:

The rest of the things Wicked “solves” are the normal use cases solved by most any API Gateway, and, as already pointed out, this is done by leveraging the already existing Kong API Gateway (we mentioned we really like Kong, right?).

By really enforcing everything to be in “code”, e.g. in a git repository, it is possible to completely adapt the deployment model of your API Management system to the way you work, and not the other way around. You deploy from configuration-as-code (from your code repository), and this means you are free to version your code as you like it, or, as it suits your needs best.

Another thing which was a main reason driving the development of our own API Portal in combination with Kong was that we want to enable individual teams to deploy and run their own instances of API Management Systems. We explicitly did not want to centralize API Management, and this also turned out to be a real cost driver for commercial solutions (see also below). In our opinion and according to our tech strategy, your API and thus also API Management belongs to the teams implementing and running services (in the DevOps sense). Cutting off the operation at a centralized API Management hub leads in the wrong direction. Instead we want a decentralized approach which even more pressed the need to be able to deploy API Management more or less infrastructure-agnostic (hence Docker).

What alternatives are available we considered using instead?

As APIs are gaining traction, there are also many contendors on the market. We looked at quite some of those, and with some solutions we are still working for specific use cases (i.e. Azure API Management for APIs deployed to Azure). The following list (not including all alternatives, obviously) gives one or two short reasons why they weren’t considered fit to implement our Tech Strategy:

We also evaluated a couple of other open source solutions, such as API Umbrella and Tyk.io.

Conclusion: Main show stoppers were deployment/operation topics, cost aspects and the lack of on premise support.

What kinds of technologies and products does it build upon?

When we built Wicked, we deliberately picked one of the “newer” languages/frameworks to get some hands-on experience with that as well; in this case the API Portal is built entirely using node.js, which turned out to be extremely productive for this kind of application. We’ll look in some more detail on the deployment architecture: 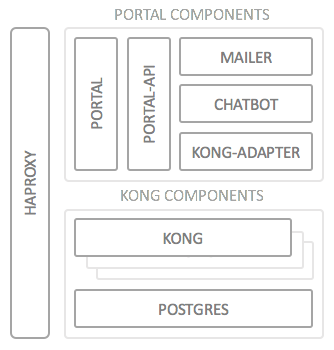 Each box in this diagram depicts (at least) one Docker container, so this is the first bullet point on the list:

The other components are built as follows:

We are deliberately not using any database for storing the configuration or runtime data. This is saved in plain JSON files (encrypted where applicable) as data-only docker containers for the API Portal API Container. This makes deploying, extracting and restoring configuration extremely simple, once more taking our deployment tech strategy into account.

Why did we decide to offer wicked.haufe.io as open source?

We decided early on that our API Portal was going to be open source. This has various reasons, of which I will state a few:

What is on the roadmap for future releases?

Whereas Wicked already (at version 0.9.1) is at a very usable state, there are still things on our plate which we will try to address over the next couple of weeks and months, among which are the following topics:

There are many other major and minor ideas flying around, and in the course of the next couple of days we will add Github issues for the things we already know of, so that we can start a discussion and find good solutions to any problems coming up.

How can you get involved?

As already stated: Wicked is totally open source, and you are perfectly free to participate in developing it, or even just in giving feedback on what you would like to see in it. We have published the source code under the very permissive Apache 2.0 license.

We are currently building/finishing the first version of the documentation, which includes instructions on how to build the API Portal on your local machine, so that you can get started quickly. A good starting point for reading up on technical details is the main Github page: github.com/Haufe-Lexware/wicked.haufe.io or the documentation index page. There you will also find further information on how to get involved.

We do hope you like what we have to offer and consider having a peek and test drive of wicked.haufe.io.