In September 2016 I attended the Software Architecture Summit 2016 in Berlin.

I listened to a talk from Eberhard Wolff about “Self-contained Systems: Ein anderer Ansatz für Microservices”. The idea behind the SCS approach is really convincing. It’s like a recipe with valuable ingredients.

Use the mindset of microservices as basis, add your web application know-how, season it with asynchronous communication and finally decorate it with an own UI per SCS. The result is a concept to split a monolithic application in many smaller web applications collaborating with another.

Nevertheless I copied the main characteristics: 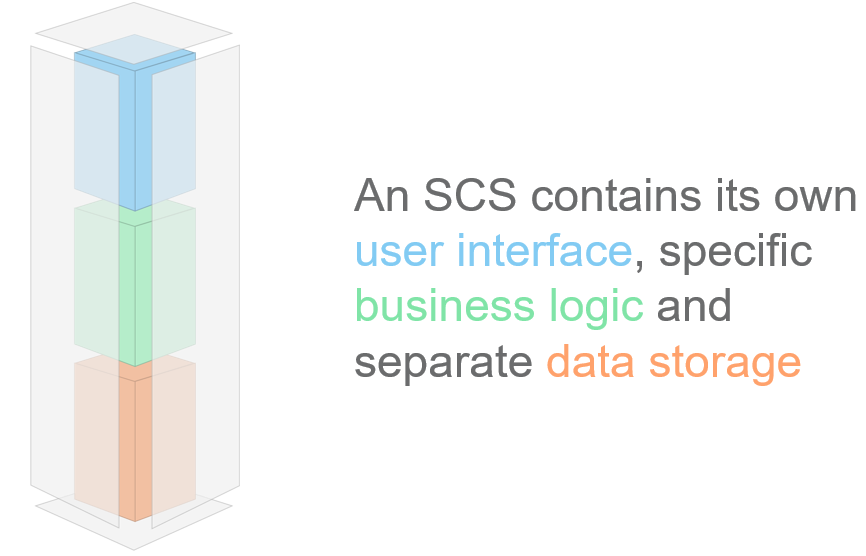 The more I heard about Self-contained Systems the more I was convinced that the pattern describes the way the Akademie Domain is reorganized.

Each SCS is responsible for a part of the domain. Dividing the domain into bounded contexts and understanding their relationships is what we refer to as domain architecture. Ideally, there is one SCS per bounded context.

This is the example of SCS systems from Eberhard Wolff. 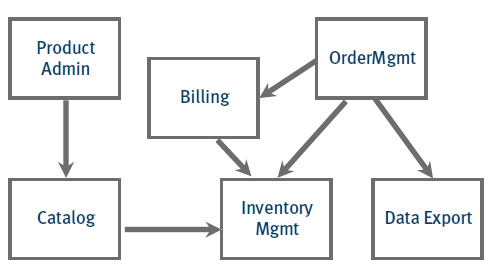 Looks a lot like the Akademie domain strategy.
Isn’t it cool to refactor a whole domain and finally find a named pattern for it?

Start with a small amount of systems

What attracts me most on SCS is the approach to divide an existing monolith in a small amount of separate web applications. You divide in e.g. 2-5 SCS. I’m sure that you learn a lot even while splitting a monolith in two parts. I believe it’s easier to define a clear boundary for a few systems than to divide in ten or even fifty microservices.
After you learned your lessons I’m sure you can savely increase the number of microservices.

Therefore it is a reasonable first step to divide the system in an end user and an admin system. I’m sure you will encounter a lot of obstacles to solve.

Goal of the SCS pattern is to help splitting monolithic applications. But I think it is also a pattern how to compose existing applications to a combined offer. And that’s exactly what we strive for when we talk about our corporate strategy.

The Frequently Asked Questions page of scs-architecture.org contains some explanations that fit to our strategy.

“Self-Contained System” describes best what’s at the core of the concept: Each system should work by itself. Together they form a “System of Systems”. 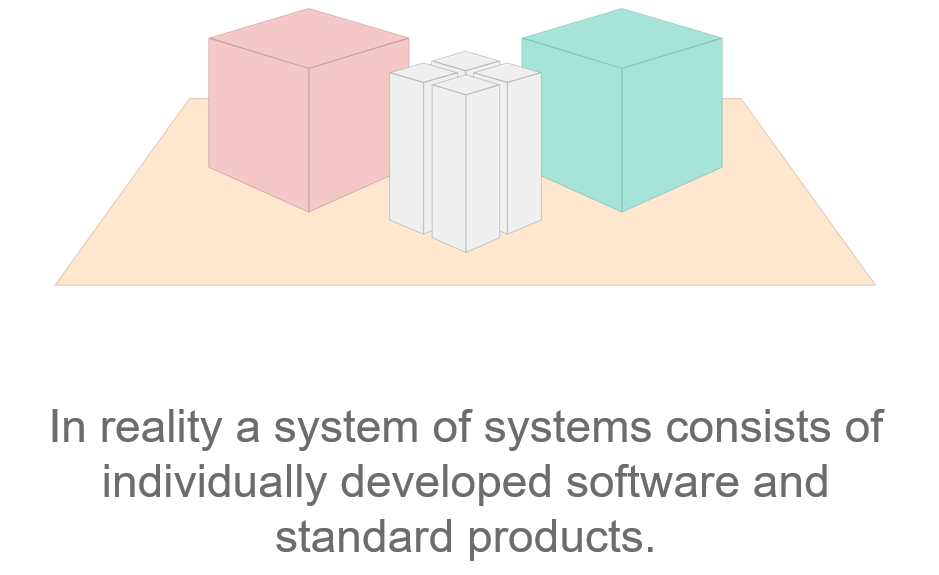 SCSs are very isolated — how can they still form one system?

The goal of the SCS approach is to localize decisions. However, to make a system of SCSs work together, some decisions affecting all of them need to be made. We can distinguish:

We believe ROCA is a good approach for web front ends for SCS because that approach makes it easy to combine UIs from several SCSs to one.

I like the SCS approach. It describes how a migration can happen in small, manageable steps with minimized risk of failure. It leads to an evolutionary modernization of big and complex systems.

I think we should give it a try!